This project was in celebration of the 20th anniversary of the Volkswagen Innovation and Engineering Center in California.

Click below to see the videos on this project:

Aristo-Cast takes great PRIDE in being the supplier of the Awards each year at the MAIN Event (MotorCity Automotive Industry Night).

The recipients of these awards are the Leaders in engineering; e.g., Elon Musk, SpaceX (see photo). This reservation-required event recognizes and honors automotive industry executives and showcases next generation design graduates. The MAIN Event Design Awards have become a coveted symbol of achievement.

Featured this year is executive Peter Schreyer, President and Chief Design Officer of Hyundai Motor Group, who is widely known for his design contribution to the European luxury brand. Also awarded will be multi-industry innovator Daniel Simon, former senior designer at Bugatti and Volkswagen, whose clients now include Warner Bros., Universal, Disney, Lotus, and SpaceX. He is acclaimed for creating iconic fantasy vehicles for Hollywood blockbuster films such as Tron: Legacy, Captain America: The First Avenger, Prometheus, and Oblivion.

Aristo-Cast used state-of-the-art rapid prototyping and investment casting techniques to cast the iconic MAIN Event trophy presented at the MAIN Event kick-off to the Detroit Auto Show. View our video on the right for a look behind the scenes. 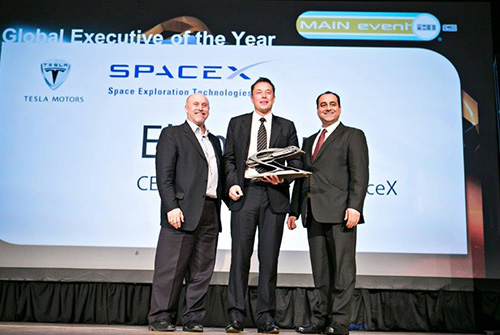